I had arrived at last to my first aim, a loaf of bread. The process was more or less straight forward, although I was concerned numerous times that the dough wasn’t forming correctly. Overall, though, I was pleased. 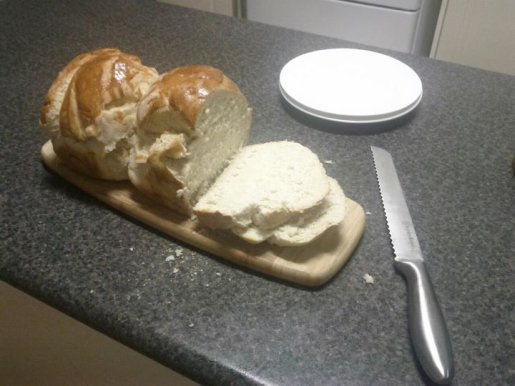 24th of October, 2011.
The bun-like nature of the bread was due to the recipe calling for the dough to be split in two and placed in the loaf tin in two balls. The suggestive nature of which was certainly not lost on me.
I perhaps should have placed the halves closer together, in order to form a more coherent loaf, although as it is the bread works nicely.
The crust was existent but not too thick, the bread was cooked consistently all the way through, and it was delicious with jam.