The question “What shall we have for dinner?” arose. Ordering pizza was offered as an option, but I felt up to the task, and leapt a the opportunity to figure out how these “pizza” things were made. 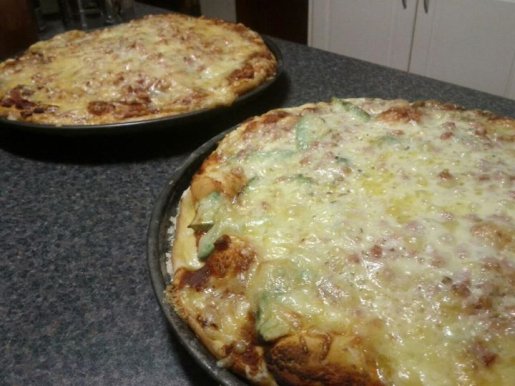 16th of October, 2011.
Creating the base felt familiar from two nights of bun-making, so making two at the same time was quite easy and enjoyable.
My father had gone to the supermarket in order to pick up some ingredients for pizza toppings.

One of the pizzas had an issue of sticking to the tray as I had not floured it properly, but overall the pizzas were successful.